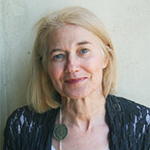 Those of you who have been reading along for a while will know that one of the joys I get from web design and development is the opportunity to work with people and organisations over a number of years, crafting new approaches to their web presence that reflect ongoing changes in my clients’ lives and businesses.

Another aspect I enjoy is working with people whose life and work is very different to mine.

To do my job properly, I have to immerse myself in my client’s world for a while. On one level, that can mean I acquire practical knowedge about previously unexplored topics like medical refrigeration and motor vehicle exhaust systems. Since I’m a collector of both useful and useless knowledge, I enjoy this.

I’m aware that many of our industry’s technological breakthroughs have been made practicable by these kinds of sites – streaming video, credit card payments – but I’ll wait until future developments become generally available rather than work for sites that suck money out of mug punters.

I did take a consulting job for a dating website, but I had to quit when it became clear that the main priorities were tying people to contracts that allowed the site operator to extract money from the customers without ever having to deliver anything more than promises.

Which brings me round to a site redesign I completed in late August for Ros Bradley. I’ve written previously about the site I built for Ros’ first book, Mosaic, in 2008 and then the expanding of the website to accommodate her second book, A World of Prayer, in 2012.

With another book in the works, and a desire from Ros to cover more of her other activities, it became clear that the existing static website would not continue to suffice. The exercise of reshaping the site content and building a new site for it on a WordPress framework made me re-read both books, and the rest of the material Ros provided.

In doing so, I reached a conclusion. I am not a religious person. I don’t have a faith, as such, and I harbour deep suspicions of every form of insitutionalised worship I’ve come across. All of them seem to me to focus chiefly on putting someone or something between the believer and the object of their belief.

But I do consider myself a spiritual person. I don’t believe in God – any kind of supreme deity who is invisible but inescapable and wields power over people according to doctrines, dogmas and religious laws that were drawn up when the world was a very different place.

I do, however, believe there is something at work that is greater than just the physical perceptions of any single person. I believe humans have a need to ponder imponderables, put themselves into contexts beyond the immediate and physical, and find answers to questions that derive from the very consciousness and capacity for self-observation that sets us apart from other animals.

This is the area in which Ros works. To some, her collections of prayers, reflections and spiritual observations might seem like a tokenistic gathering of iconic messages from different faith systems. To me, they coalesce into something that is beyond any church, a pulling together of the themes that are common to all belief systems, dealing with the mysteries of birth, life, death, relationships, power and influence.

Ros’ books are true examinations of interfaith, where the themes that are in common between belief systems have greater weight than their differences. Maybe these kinds of explorations are the beginnings of the development of a single multi-faceted, global belief system that draws together the best and most meaningful elements from all the churches.

No doubt, any such development will take many, many years – thousands, probably. But books such as those by Ros give hope that, even if such a single system is not viable – or even desirable, perhaps – there exists the potential for peaceful co-existence between the various faiths, and the people who follow them.