My work as a freelance web designer and developer is a natural extension of an employment history that has focused on aggregating information and managing it to meet the needs of a range of end users.

My skill base has been built on developing an understanding of how and why people look for, find and use information – in any context and any format, but especially on the web.

I also spent several years working in non-profit environments where information relevance, accuracy and usefulness were of absolutely critical importance.

Following a decade working with people with disabilities, I developed a firm belief in the merits of universal access and I have applied this ever since to my web design and development work. This feeds naturally into an affinity with web standards, semantic markup and valid code, and opened up a new line of specialisation: digital accessibility.

Much of my recent consultancy work has focused on testing websites and apps for conformance with the Web Content Accessibility Guidelines, for which I’ve built up a device and software lab from my home office.

I was the last President of the Web Industry Professionals Association, which aimed to establish industry-wide best practice and to influence relevant policy development in Australia. I oversaw the merging of WIPA into the Australian Web Industry Association (AWIA), where I then served as a Committee Member for several years. 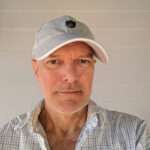 I grew up in the working class suburb of Claremont in nipaluna country, on what was then the fringe of the bush north of Hobart, Tasmania.

I have a piece of paper that says I became an Australian citizen in 1980.

I spent several years travelling Australia as a theatre-in-education performer, before settling in Newcastle, Bronte and Lilyfield with my partner Hazel, who also happens to be a brilliant freelance writer and editor.

In mid-2006 we relocated to Corrimal on Dharawal country in the northern suburbs of Wollongong with our two children.

Most of my professional development comes from books, conferences, workshops, articles and meetups. I can regularly be found wasting time networking on Twitter, Facebook, Instagram, and LinkedIn.

Need further information or a quote for a job?