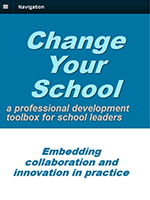 The last site I wrote about working on was TECO, in March of this year.

That time marks the start of my working with Canvas, a WordPress theme designed to work on the WooThemes framework.

In April, I used Canvas to build a site called Change Your School, the web manifestation of a project run by two Sydney teachers as a toolbox for their peers’ professional development.

Regular readers may know of my regular use of the Atahualpa theme, which has a fairly bland default design but can be customised through the use of a very convenient and comprehensive back end interface.

Canvas is similar in approach, but comes with a few more bells and whistles, including being responsive. Being part of the WooThemes family, it is also set up to work with WooCommerce, which I have found to provide good ecommerce options.

This was a case where the site owners had an already well developed set of content and clear aims and objectives, related to empowering teachers to create school-based collaborations and neworking to take their professional development to a new level, in turn driving their schools to create better learning opportunitioes for their sudents.

Apart from having a deep empathy with the aims of this project, there were some specific aspects that really attracted me.

First was talking with the project drivers, Stephanie McConnell and Jeff Lambert from Turramurra High School in Sydney’s northern suburbs. Their energy, positivity, respect for their peers and colleagues and focus on ultimately and directly improving student outcomes had me on board in no time.

A second specific element that attracted me was that they wanted to present not only a researched and documented methodology for an enhanced approach to collaborative skills development for teachers, but also – in tandem – a more personalised account of their own experiences evolving those processes and putting them into practice.

It’s a long term kind of project, so a major concern was making it stand up over time. I did this by keeping the site design fairly plain and putting the spotlight on the content, and by building a site structure and navigation system that allows and encourages users to follow a clear path or jump around as the whim takes them.

Whereas in the case of TECO I hacked the theme code fairly heavily to get the result I wanted, with Canvas it was more a case of just tweaking break points to suit the content. As with Atahualpa, this is not a specific customisation option but can be effected by adding custom CSS in a provided field

The site was launched with a bulletin board style forum that allowed users to follow a “comment” link from any page of the website to a contextually appropriate part of the forum. Aftre some user feedback and further reflection, it was decided to amend this to a more blog-like approach that allowed threaded comments and discussion on each page, for which purpose I installed Disqus. 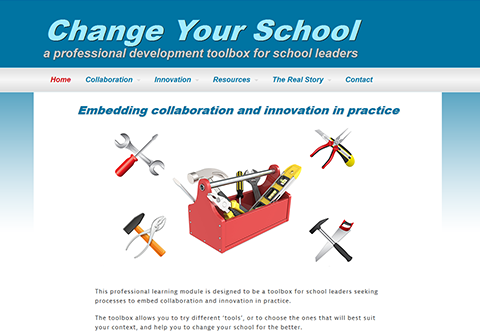