The beginning of a new year is probably a good time to reflect on an experience that demanded I leave the past behind and take advantage of new developments.

When I started working freelance in web design, development and content from a home office back in 2001, I quickly realised I would have to build my own set of the kind of tools an employer might normally provide.

That included hardware like PCs, laptops, modems, cables and office furniture plus software to not just help me do my work but also keep all that hardware running properly and efficiently.

Having previously worked in IT support, I was well aware of not just all the things that can go catastrophically wrong but also the incremental degeneration that affects any combination of hardware and software.

In 2003, I stumbled on a German application called TuneUp Utilities, which did exactly what the name implies. It would check that installed software was up-to-date, whether or not the registry needed cleaning or defragmentation, whether the hard disk was getting clogged by accumulated temporary files, which programs were being loaded when the computer booted up, and at least another dozen specific problem-solving functions. 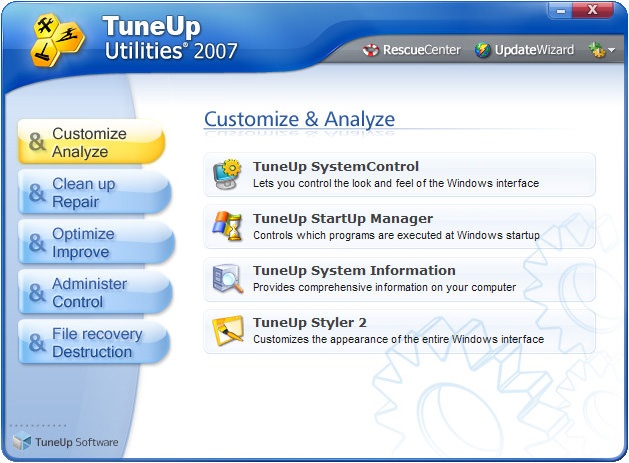 I would run TuneUp Utilities a couple of times a week, and it would always result in the computer running more smoothly. This excellent product was also dirt cheap – it didn’t get above $20 a pop for the updated, upgraded versions that came out about every two years.

As is often the case with good, independent software products, TuneUp Utilities was bought out by a larger company, which redesigned and tucked the app into its suite of computer maintenance and security products. On the face of it, this looked like a good fit.

This happened just at the time that my existing security solution had reached a critical point of expansion and differentiation of roles fighting viruses, malware, spam, etc and was becoming more of a liability than an asset in the way it took over my devices and actually made them work less well. I kept having to kill its processes just to get anything done.

Given that I could only keep using TuneUp Utilities from within the larger security and maintenance application of its new owners, and that I was in the market for new security software, it seemed a no-brainer to switch from my old security app to the new owners of TuneUp Utilities.

Not only was the new security app more expensive, but it was even more aggressive in taking over my PC or laptop at the most inopportune times. It’s not a good look when a client conversation via Skype is cut off by an app demanding you shut down all programs while the security software updates itself and reboots the machine. And there was no way to stop it doing what it decided it needed to do, short of re-booting the computer.

I did persevere, though, working on the assumption that I just hadn’t negotiated the learning curve of telling this software what it should do and when. I spent many hours going through all the options, reading indecipherable “operator guidelines” and asking questions in online forums.

But no, the over-riding imperative of the new security suite was that all users are idiots and can’t be trusted to configure such important software. Granted, it was fairly complicated software with a lot of moving parts, but it was firmly based on the principle that users should do what they’re told, and that’s that.

Even then, I still kept the new suite, because I didn’t see how I could survive without TuneUp Utilities. And, really, that was the flaw in my whole approach.

I had junked one security suite for another only so I could keep using one tool. It took me a while, but I eventually realised that everything that TuneUp Utilities did could be done by newer products. In fact, many of the newer security packages included all the TuneUp Utilities tools and a whole lot more.

I fully acknowledge that TuneUp Utilities’ new owners have a tricky task in absorbing a stand-alone product and making it feel an organic part of a larger suite of tools, and I wouldn’t be surprised if they improved how the whole thing works over time.

But I could also see that I should be exploring the newer, leaner, more configurable security and maintenance software packages that included TuneUp Utilities type tools.

It probably won’t surprise anyone who’s been through anything like this that uninstalling the new security suite was itself a massive challenge. If you install software that doesn’t respect the user, and is designed to protect itself from what it perceives as attacks – in which the current user is always a suspect – well, it’s not going to be easy convincing it to let go.

In this case, I had to install a product-specific software removal tool that I had to download separately from the security suite vendor. Even then, it took a lot of “Yes, I really want to uninstall and delete this software”, reboot the PC, repeat.

I now use Avira, a security and maintenance suite not unlike that of TuneUp Utilities’ new owners but with a much lighter footprint during boot-up and much less interference when updating itself. It also puts more rights and responsibilities in the hands of the user. That might not suit every user, but it’s something that any web industry professional can handle with ease. 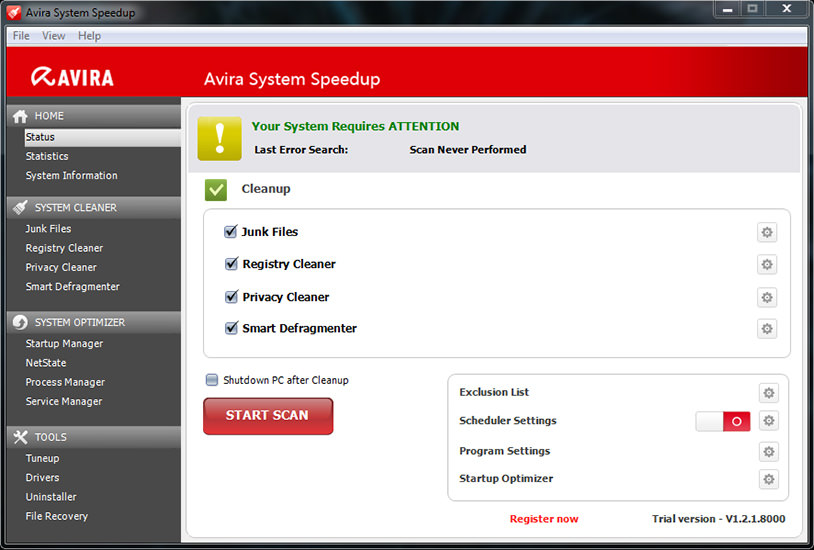 I do still kind of regret not being able to use TuneUp Utilities any more after almost 14 years. The equivalent tools in Avira are as good and often better than those in TuneUp Utilities, but I miss the interface and, I suppose, the relationship I’d built up with the app over the years.

But I can also see and accept that nostalgia is not a great reason to keep using one tool over another. Sticking with the tried and true is a natural human instinct, but web professionals need to make a point of reviewing their tools, dumping the ones that no longer cut the mustard and adopting new, better tools, even if they do take time to master. It’s just part of the job.