When I started this binge of Oz Rock books, I was fully expecting that some individuals would recur from book to book, being significant figures in our music industry – people like Ted Albert, George Young, Philip Mortlock, Michael Gudinski and Molly Meldrum. And, indeed they all do pop up variously in The Angels by Bob Yates, Working Class Man by Jimmy Barnes, Tex by Tex Perkins and Detours by Tim Rogers. 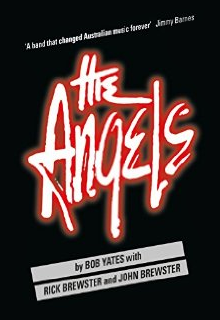 But there’s another person who easily gets the most name checks and is referenced ubiquitously – and often breathlessly – as a source of inspiration, wisdom, calmness, friendship and sheer genius – and that’s Don Walker.

Which leads me to suggest that if you, too, like books that shed light on the Australian music scene, you could do a lot worse than dig up a copy of Shots, Don Walker’s own most excellent memoir (not that it’ll tell you all that much about rock music, but it’ll tell you a lot about Don Walker and Australia).

It’s also worth catching Walker’s speech when accepting the 2016 APRA Award for Outstanding Services to Australian Music (the Ted Albert Award) given to Cold Chisel.

The other band members are there (except the late Steve Prestwich) but Don does all the talking for 15 minutes and gives great insight into the band, its members, the Australian music scene and many of the people we’ve hardly heard of who deserve recognition.

There’s also a great chapter in Songwriters Speak (2003) in which Don talks extensively about his craft, and his own website is a rich resource.

Here’s to, as Tim Rogers writes,

“Don Walker, ‘The Don’, one of the greatest songwriters to ever draw breath”.