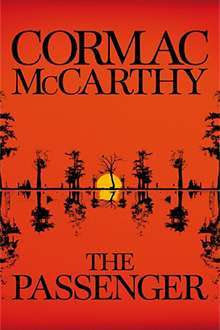 Cormac McCarthy doesn’t have anything to prove. With 10 novels under his belt since 1965, one winning the Pulitzer Prize, another turned into a Best Picture Oscar winner, and a raft of other literary awards as well as enormous sales around the world, he already stands as one of America’s greatest living writers.

Yet here he is at 89, publishing not just one but two new novels.

The Passenger came out just a few weeks ago, while its companion piece, Stella Maris, is due in early December. The Passenger is almost 400 pages, set in 1980 and across the USA from Louisiana to Tennessee, Ohio, Florida, Idaho and beyond, and follows the fortunes of Robert Western, son of a scientist who worked with Robert Oppenheimer on the atomic bomb. It also features the experiences of his sister Alicia struggling with mental illness, and she will take centre stage in the follow-up novel.

The Passenger opens with a preface of a hunter coming across a body “hung among the bare poles of the winter trees” on a Christmas Day, and then goes straight into a dreamlike sequence in which a young woman is teased or perhaps tormented by a character called the Thalidomide Kid, who has flippers for hands and speaks in what seem to be riddles and puns. Both the preface and this opening section are delivered entirely in italics.

We then go into a more straightforward (and non-italicised) narration of two salvage divers exploring a submerged aeroplane containing seven drowned passengers, a pilot and co-pilot. Once surfaced, they note a number of oddities about the situation, including that the co-pilot and passengers are all buckled into their seats but the pilot is floating in the cabin, an avionics board has been removed, and both the pilot’s flight case and the plane’s black box are missing.

This is Bobby Western and his colleague Oiler, and soon they’re in a New Orleans bar where we meet an assortment of their quirky and eccentric friends. It’s when Bobby leaves that we get an insight into his life from these friends, not least that “He’s in love with his sister and she’s dead”.

It’s not long before Oiler reluctantly tells Bobby about his time in Vietnam, the first of a series of set-pieces in which some of the book’s supporting characters expound on their lives and experiences.

I call them set-pieces for two reasons. First, these duologues and monologues let McCarthy tell specific stories in the voices of these characters: the Vietnam vet, the transgender hostess, the silken-tongued counterfeiter, the grandmother, the well-connected private investigator, the swamp recluse. They don’t advance the plot (much) but they do help to contextualise the protagonist and what I think is the overall theme.

Second, I found myself wanting to play these parts! The characters themselves are so vivid and distinctive, I reckon no-one who’s been an actor could resist reading them aloud (OK, maybe that’s just me). Some of them would make great audition pieces.

I won’t go into too much detail about “what happens” but I will say that I now know a lot more about racing cars, oil rigs, submerged tugboats, quantum mechanics, nuclear physics, string theory, how long it takes to get from New Orleans to Tennessee, Fidel Castro, the Mafia and the assassination of John F. Kennedy. Among other things.

“Well. I’m about 100 pages into The Passenger, and going from Alan Garner to Cormac McCarthy is very much frying-pan-into-fire territory.

No quotation marks to distinguish dialogue, only random and occasional use of apostrophes and commas, words that don’t exist (I tried looking some up), little or no exposition, yet it’s totally compelling and hypnotic, with passages that are nothing short of poetic bumped up against dialogues between people who don’t say a lot but say a lot.

And I haven’t even mentioned the chapters that consist entirely of dreamlike exchanges between a whole other bunch of characters than the main ones – all in italics.

So far, I have a sense of what’s happening from page to page but no real idea of what’s going on in the big picture, which is probably the idea.

Not unlike Garner, but this is in a very different language, and equally unputdownable.”

Another 281 pages later, this is still largely true, except that the exposition became more specific, and I have formed an idea of the big picture.

For me, the key word relating to The Passenger is “control”. What McCarthy explores is how little control we have over our lives. Even when we think we know what we’re doing and we think we’re in control, we don’t and we’re not. We never have been, and none of us really know what’s really going on. I deliberately used “really” twice there because reality – what we think is real, and what is really real – is what McCarthy dwells on.

When good looking, highly intelligent Bobby, a former Formula 2 racing car driver turned salvage diver (both occupations where control is of paramount importance), digs a bit deeper, is made aware there was another, missing, passenger on that plane, and subsequently becomes a person of interest to the US Government, he begins to realise how little control he has of his life.

He’s already not in great shape. His deepest emotional relationship is with his younger, better looking and much smarter sister, even 10 years after her death. He feels guilty about his father’s work and its ultimate effects, as well as how and where he died. He can’t control his emotional state – he can barely cope with it, manly bravura notwithstanding. To then feel targeted by his own government is not conducive to a healthy mental state.

Speaking of which, the italicised sections seem to be what Alicia experiences when she is off her meds, and at least some of the eccentric characters she engages with are versions of people at the institution where she’s been committed. There is another kind of battle for control going on there. I suspect we’ll find out more in Stella Maris, named for that institution, and consisting of conversations with her psychiatrist.

Setting the book in 1980 gives McCarthy great scope. On the one hand, the development of computational physics and nuclear weapons is recent enough for real key players to still be alive and referenced, while on the other he can have fictional characters predict digital currency and facial recognition, soon to emerge.

If there’s an irony to The Passenger, it’s that McCarthy explores this rather sad story and its portentous, complex theme through superbly controlled writing. He plays with words and meanings, he jokes and riddles, he rejects conventional punctuation (he doesn’t abandon it, he selects when to use it and when not to), he makes up words and dredges up anachronisms and archaisms, he strings long series of thoughts together with multiple “and”s, he mixes real and fictional characters, he jumps from the poetic to the prosaic, and he simply abandons literary conventions at will.

He uses a writer’s precise control to articulate his characters’ lack of it.

Oh, and that missing passenger? Well, …

2 thoughts on “The Passenger, by Cormac McCarthy”