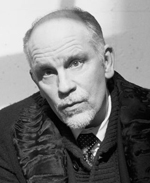 I went to see the Sydney Festival production of The Giacomo Variations at the Sydney Opera House on Saturday night.

It was as challenging, engaging and inspired a piece of theatre as I have seen in many a day. To my mind, it is ideal festival fare, stretching the boundaries of how theatre and music interact, demanding much of the audience and rewarding those who get into it.

What has surprised me is the negativity of many of the reviews and online comments about it.

The Giacomo Variations is best described as a chamber opera, meaning it is performed with an orchestra of less than 50 who are not only visible to the audience (rather than hidden in a pit) but to some extent interact with the action on stage, and as a play in which four actors act out scenes adapted from the 1790 memoir of Giacomo Casanova, Histoire de ma vie.

The theatrical scenes are interspersed and underscored by selected musical passages from the operas Don Giovanni, Cosi fan tutte and Le nozze di Figaro, as well as a couple of other excerpts from the music of Mozart.

The two male actors play the older memoir-writing Casanova and his younger self, often on stage at the same time – which mimics the style of the book (or at least the copy I have – there have been several versions), in which Casanova narrates incidents in his life and muses on various – very various – topics.

The two female actors play the Countess Isabella in earlier and later life, she who was the sister of the Austrian princeling who gave Casanova a home for the last 12 years of his life, during which he wrote the memoirs that keep him famous today.

All performers but the actor playing the older Casanova also play various other characters who come up in the stories, and the older male steps into alternate roles – characters from the operas whose roles he claims to have inspired or written himself.

The overall effect is to intertwine Casanova’s claimed autobiographical notes with lyrics sung by characters from the Mozart operas. Could these operatic characters have been based on Casanova? Could he have had a hand in writing them? Could he have done all the things he said he did?

That this could be more than grandiose fiction is borne out by Casanova’s known friendship with Mozart’s librettist Lorenzo Da Ponte, and his acquaintance with key figures from the 18th century, including Madame de Pompadour, George III, Frederick the Great, Catherine the Great, Benjamin Franklin, Rousseau and Voltaire. He met the Pope, escaped from the prison in the Doge’s palace and, most notoriously, enjoyed a string of liaisons across Europe that eventually made his name a byword for a champion of sexual conquests.

Significantly, not all of this is imparted to the audience of The Giacomo Variations. If all one knows of Casanova is his reputation as a womaniser – and none of his life as a law graduate at 17, an amateur physician, a failed priest, an occultist, a gambler, a Freemason, a Rosicrucian, an alchemist, a courtier and a spy – then much of this production will be a mystery.

That does not mean it is a failure, any more than an ignorance of the work of Mozart would. Only some of the sublime music was vaguely familiar to me.

While I greatly enjoyed the structure of the piece, its interweaving of theatre and music, of fact and fiction, of themes particular to that 18th century which saw the ineluctable shift from divine monarchy to revolutionary parliamentarianism, the absolute masterstroke of the production lies in the casting.

I can hardly imagine a living actor who could be capable of convincingly conveying the truth of such a man as Casanova, so seductive and so repellant, so witty and so cruel, so articulate and so emotionally stunted, as John Malkovich. I think he was superb, in total control and fully in touch with a person whose inability to love frightened himself.

I have seen Malkovich on stage before, in the 1990 West End production of Lanford Wilson’s Burn This, for which he was rightly lauded – which is only to say that I’m not starstruck about the actor, I just think he gave a superb performance.

I also think the rest of the cast was terrific. Ingeborga Dapkünaité was wonderful as the older Isabella, particularly at the beginning of the second act as she fruitlessly tried to get the old lothario to open his heart, only to be kept at a deliberate emotional distance. I don’t have much experience with opera, but if the singing is like that of soprano Martene Grimson and baritone Andrei Bondarenko I will gladly change that.

And the 41-piece version of the Sydney Symphony Orchestra sounded extraordinary to me, under the baton of Martin Haselböck. I think letting the players be visible (sometimes with full house lights up) and having some of them turn to occasionally watch the action on stage was a very clever and engaging tactic.

There is an obvious risk in a piece like The Giacomo Variations that allows theatre lovers to decry the musical interruptions and opera fanatics to abhor the talkie bits, but really, I would have thought a Sydney Festival audience could rise above that. The criticisms I’ve read seem to be embarrassingly parochial, small-town and small-minded in nature.

Full credit to director Michael Sturminger for coming up with the concept and executing it in a way that amply rewards those who get it. I feel I did.

2 thoughts on “the giacomo variations”