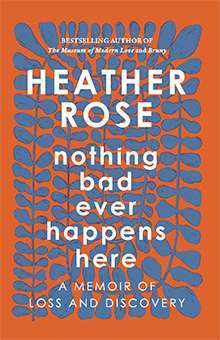 Ever since I was very young, reading has been a way for me to explore the world. As a child in suburban Claremont, Tasmania, books took me to parts of the world it never occurred to me that I could, or would, ever visit.

For the Term of His Natural Life was probably the first novel I read that was set in Tasmania, and that brought out a completely different reaction in me than to say, Around the World in 80 Days.

Where the latter was fascinating for its depiction of places entirely foreign to me, the former was startling in its familiarity.

Marcus Clarke’s tale of an escaped convict brought out in me a sense of place that was unexpectedly visceral. I recognised and identified with the landscape in a way I never could with any other place, not even my birthplace. From the wilds of the west coast and Sarah Island to the bush and cliffs of the Tasman Peninsula, the penitentiary buildings of Port Arthur, and the streets of old Hobart, these were places I knew.

When I read novels by Nan Chauncy, Christopher Koch, Nicholas Shakespeare, Richard Flanagan, and the poetry of Gwen Harwood and Margaret Scott, I have the most intense sense of being seen, being Tasmanian. And then there’s Mary-Lou Stephens’ The Last of the Apple Blossoms, which reduced me to tears in its evocation of so many Tasmanian places I knew so well, and experiences so key to the sense of being Tasmanian.

Which brings me to Heather Rose.

I’ve previously read three of Rose’s books: White Heart, The River Wife and Bruny, all set in Tasmania and all special to me in different ways. Nothing Bad Ever Happens Here is another story altogether.

After opening with a memory of offering her services to nature as a six year old, Rose’s memoir goes back to her earliest memories from two and half years old, as the bushfires of February 1967 bore down on all the suburbs and towns surrounding Hobart. It’s impossible to over-estimate the traumatic effect of this devastating event on all who remember it. I was six and can recall it vividly now. Mary-Lou Stephens captured its horror to great dramatic effect in her novel, but Rose has a different approach. She’s telling her own, real story, and she writes in a simply expressed, direct voice to the reader: first person, present tense. This puts the reader alongside Rose in time and place as the events of her life unfold.

Rose is careful not to name where she grew up but I’d guess it was around Kingston, as far south of Hobart as Claremont is north. I knew Kingston well, though, as it was the place a number of Dutch families migrated to in the 1950s, most of whom came from Groningen, the province in north of The Netherlands next to Fryslân, where I was born. My family would make the occasional trek south to “Little Groningen” to stock up on Dutch delicacies and to socialise with people who spoke our language.

Rose does name Nubeena as the place where her family builds a shack on the Tasman Peninsula, not far from the old convict settlement of Port Arthur. To get to either, you have to go through Taranna, near which is where my family built a shack. I also know well Saltwater River on Lime Bay, where Rose’s brother and grandfather have a catastrophic boating accident when Rose is 12 years old. I can picture the bay clearly from our trips to the convict coal mines just a little further on (that are now a tourist attraction).

Rose writes in a beautifully succinct, descriptive style, mixing painterly descriptions of the surroundings with a disarmingly unemotional account of events as they happen.

The day is serene and cloudless, and the net is set. Then a stiff breeze comes in. As Grandad and Byron retrieve the net, they fall out of the boat. One moment they are in the dinghy; the next it is an upturned hull and they are clinging to the side.

It’s a very effective technique, sometimes reading almost like a screenplay or a newspaper report, describing dramatic events without dramatising them. It’s a voice and a style she maintains throughout the book and it works to brilliant effect as she recounts events that can only be described as mystical. They aren’t religious, they may be spiritual, but they’re definitely not the way most people experience the corporeal world. Rose’s straightforward narrative style only serves to heighten the emotion as she has visions of her dead brother while her family copes – or doesn’t – with the double tragedy.

Rose’s life is marked by many further mystical experiences as she grows up, goes from backpacking in Indonesia to several years in a Buddhist monastery in a Thai forest, contracts malaria in Hong Kong that comes and goes through two years in Europe, is diagnosed with ankylosing spondylitis that forces her back to Tasmania and will be with her for the rest of her life, mixes a budding ambition to be a writer of fiction with work as an advertising copywriter in Melbourne, finds a partner and becomes a mother, discovers sweat lodges and sun dancing that take her to America and the Lakota people every year for four years, nearly dies from a wasp bite, has her skin pierced with eagle feathers, comes back to Melbourne and separates from her partner, takes a new partner camping in Central Australia, marries him and moves back to Hobart, has another two children, goes bushwalking with her oldest son on the Lake St Clair trail in the wilds of Tasmania, starts her own advertising agency, leads an anti-logging campaign, writes books, swims with dolphins, breaks up with her husband, goes back to the place where her brother and grandfather drowned, explores ways to deal with chronic pain, falls in love with another man, and comes to terms with her family.

Honestly, I’m not giving anything away by saying all that. Those are just things that happen, they are not the core of the book. They’re the settings for Rose’s interior development, her reflections and gradually growing understanding of herself, family, spirituality … life. This is not a book about things that happened, it’s a book about looking inside oneself and discovering what “self” is. Rose is an amazingly articulate, passionate writer about what it is to be human, to be aware, to be Heather Rose. It’s an extraordinary privilege to get this kind of insight into another person’s life. And a Tasmanian, at that.

I can’t recommend Nothing Bad Ever Happens Here highly enough.