Thanks to the tireless efforts of the seemingly inexhaustible Sarah Pulis, one of Australia’s leading digital and web accessibility specialists, A11y Bytes is an event held to celebrate Global Accessibility Awareness Day on 21 May, itself an innovation of US accessibility warriors Jennison Asuncion and Joe Devon.

Following last year’s successful Sydney event, this year Melbourne and Canberra held their own events, and following the success of those two this year, it’s likely to expand into other capital cities next year.

This is an account of the event held at the Shelbourne Hotel in Sydney.

This year, we had a special beginning in the form of a live introduction by Jennison himself, Skyping in from California. It was a great way to start, and really helped to put A11yBytes squarely in the global frame, reminding all of us that what we do in the area of accessibility is reflected in efforts by our peers around the world.

Then we had five presentations. These are my reflections, and I didn’t take notes, so please excuse any omissions or inaccuracies.

Tenielle gave an overview of how Uber is creating better options for accessible transport. Uber connects independent drivers for hire to paying passengers directly through an app, replacing the existing system of booking or hailing a taxi. Passengers use the app to enter their pickup location, a driver accepts the job, the passenger enters the destination, the passenger can obtain a fare quote and then GPS and text are used to keep the passenger informed about how far away the driver is from pickup and the time and path to reach the destination once picked up – all of which can be shared with a third party for additional safety and convenience.

This makes Uber inherently more useful and safer to use for people with disabilities than taxis. Uber also uses a system that lets customers rate their drivers, making them more accountable and providing customers with additional information.

Uber has also introduced uberASSIST for customers who need extra support. This provides selected Uber drivers with specific training on the needs and safety requirements of people with different accessibility needs, such as accommodating folding wheelchairs, walkers, collapsible scooters and support animals. This was developed in consultation with the Australian Network on Disability.

Tenielle also spoke of her own experience with an Uber driver in Sydney who was Deaf. The driver provided her with information by text that would make their journey easier prior to pickup, and also made an iPad available for communication in the car. Tenielle suggested that Uber offers all passengers, and especially people with disabilities, a level of convenience, accountability and safety that is superior to taxis.

Is a11y getting lost in the code forest?

Roger is an accessibility advocate and expert, providing assessments and options for addressing accessibility issues to government departments, corporations and other entities for over 15 years. He expressed concern that too much emphasis is placed on coding for compliance with the Web Content Accessibility Guidelines at the possible expense of considering actual user experience. 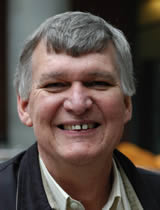 Roger explained that WCAG 1.0 focused on basic HTML and how developers could make it functionally accessible using a checklist process. Then HTML5 came along, and with JavaScript and CSS3 things became more complicated. WCAG 2.0 expanded to cover the newer technologies and focused more on principles that could be applied now into the future. All of this has put the emphasis on compliance, but that’s not the whole story. A site’s code may be compliant but that doesn’t mean that all users find the resulting sites accessible.

Roger conducted specific research that made clear that the actual experiences of people using screen readers showed access problems even with sites that were technically compliant. Furthermore, sites that followed established conventions (eg Tab to move between menu options, Enter to select a menu option, Arrow to move between submenu options) were found to be more usable for people with disabilities than those that came up with their own variations – even though they complied with WCAG.

Additionally, sites that provided explicit instructions were found to be easier to use. This is not necessarily defined in WCAG, so devs who only follow WCAG will not necessarily create accessible websites.

Roger also explained how the emergence of AJAX changed the situation and led to the development of ARIA – Accessible Rich Internet Applications – to make those experiences available to people with disabilities. However, there is a tendency to rely on ARIA and assume it addresses all web accessibility issues. This is not the case and, in fact, ARIA can cause its own issue for people with disabilities. The best idea is use it sparingly.

How I prepared for the Olympics

Meera explained how making the website for the London Olympics accessible to people with disabilities was a daunting task, not least because of the range and depth of the content, the importance of that content to people around the world, expectations of speed as well as ease of access and the sheer scale involved, eg 4.8 billion pageviews.

Meera’s team undertook a lot of preparatory research, and felt confident of compliance with requirements. When they started liaising with specific interest groups, however, they realised there was still a lot of work to be done. They undertook testing with real users with all kinds of disabilities and accessibility needs to refine their approach and ended up with a site that was lauded as providing the most accessible Olympics web experience ever.

Nevertheless, Meera noted that they still had complaints from some groups and individuals, eg dyslexics, even though they had conducted research and testing with those groups. Strategies such as alternative stylesheets didn’t always work, despite the team’s best efforts.

Meera’s advice was to test with real people, wherever possible, and to remember that ultimately it isn’t always possible to make everybody happy.

Onwards and upwards: A higher education state of play

Global Access Project brings together international specialists to help Unis, TAFEs & colleges (tertiary and higher education) provide students with a disability access to the full learning experience. GAP CEO Sharon Kerr and COO Kylie Colvin between them have decades of experience in both the practicalities and the business of higher education, and especially for students with disabilities.

In turn, Sharon and Kylie explained the importance of providing accessible higher education options and the issues associated with that, including the scale of task, the layers of activity from admin, research, faculties, departments, lecturers, students, all using the web to post, gather and provide information. This also includes issues such as physical campus access and support needs.

GAP also works with the world’s leading technology companies to develop solutions that make it easier and more cost effective for students to access learning.

Use Web Components for better accessibility

Sean is a front end developer at Atlassian, an Australian enterprise software company that develops products geared towards software developers and project managers. Sean has a particular interest in accessibility and how developers can ensure their work is made accessible to end users with disabilities. 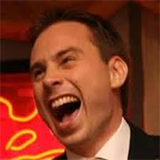 It’s actually difficult to summarise Sean’s talk, because he covered so much ground in so little time. Personally, I found it highly compelling – I don’t know how many times I caught myself thinking, “Wait. What? Let me see that again” – but I’m also aware that a lot of his coding tips and advice was more technical than many attendees were used to. I did notice that the front end developers in the room were, however, spellbound.

In any case, his passion was clear and he made compelling arguments for using Web Components in much the same way as jQuery plugins are used – pre-crafted pieces of code that can be used to achieve specific results, in this case, to enhance accessibility on websites. You can think of Web Components as a way of encapsulating awkward chunks of HTML and CSS into pieces of code that are easier to use, and have some protection from external JavaScript.

Among the important points that Sean made are that Web Components are standards-based. This means that not only are they standardised so that devs don’t have to craft or hack their own solutions, but they are endorsed by the W3C consortium and will therefore – over time – work their way into acceptance by all browsers.

Web components also draw on the principles of the Shadow Dom. This allows complex pieces of code to be expressed in simple tags. Using a tag like “video” draws on a lot more code that is hidden in the Shadow DOM, typically only accessed by devs using developer tools. Web components allow developers to customise existing tags and create their own, working off templates they create to define the components.

As I said, this does get technical, but Sean was clear in demonstrating how this ability to create, customise and manage Web Components offers developers the opportunity to build in accessibility features. For example, Web Components let a developer effectively create their own custom HTML elements, by using the HTMLElement and making sure the name registered for the new elements contains a dash (that blew me away).

There’s not enough space here to go into greater detail, but those who want to start using Web Components to enhance accessibility could do worse than explore Polymer, Google’s Web Components library, not least because the Chrome browser currently provides the best support for Web Components. Mozilla, the parent of the Firefox browser, also has a Web Components library call X-tags. The other web components library that Sean suggested exploring is SkateJS, a tiny, performant, syntactic-sugar for binding behaviour to custom and existing elements without ever having to worry about when your element is inserted into the DOM. As far as wider browser support goes, web components are a work in progress.

What makes all of this so good for accessibility is that the use of ARIA roles within the Shadow DOM seems to work fine. Assistive technology such as screen readers can access the content. It still requires care in how ARIA roles are applied, and how content is styled to remain accessible, and expertise in the use and syntax of the code (one space, or the lack of it, can bring a web component undone) – but Web Components seem to offer developers a real and realistic way to make content accessible to users with disabilities. 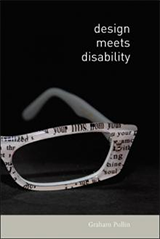 She drew attention to a book Design Meets Disability, by Graham Pullin, which explores how the two concepts in the title have a much more dynamic and creative relationship than either is often given credit for.

An example of this is the famous Eames chair, which is held up as a paragon of excellence in design aesthetics, and which was inspired by molded plywood leg splints the Charles and Ray Eames designed for disabled servicemen. Disability can inspire great design.

Lisa’s talk ranged through a series of topics that provide fertile ground for considering the relationship between design and disability, and the opportunities for inclusion they presented, such as technology, art, nature and more. She urged us to think beyond just code and websites to explore areas of interest and lifestyle and how they could influence the design of accessible experiences.

In its own way, Lisa’s talk was as challenging as Sean’s and both were as inspiring as the previous three in raising issues and finding ways to meet accessibility needs.

In closing, Sarah thanked the event sponsors and volunteers and drew attention to the upcoming A11yCamp to be held in Sydney on 22 July, where more topics like this will be discussed and explored in greater detail.