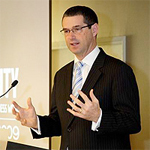 This is really getting ridiculous, now.

I assume you know that the Australian Government plans legislation that will require Australian ISPs to block web pages that contain material that has been “refused classification” under our existing censorship system.

Senator Stephen Conroy seems convinced that this is something the Australian population wants, even though no-one has actually told him that. In getting this wrong, he also seems unaware of the political damage he is doing.

So far, Sen. Conroy has dismissed every cogent and sensible argument put to him that explains what a bad idea the internet filter is.

He has gone on the record conceding the following points:

And yet, just the other day:

”This is a policy that will be going ahead,” Senator Conroy said. ”We are still consulting on the final details of the scheme. But this policy has been approved by 85 per cent of Australian internet service providers, who have said they would welcome the filter, including Telstra, Optus, iPrimus and iinet.”

Well, iinet has since removed itself from Conroy’s club – and since when does 85% approval by commercial internet service providers carry any weight on this issue?

The funny thing is that Sen. Conroy has fallen into one of the great traps that the web holds for those not used to its digital nature.

Any web designer will tell you that this is not like graphic design, where you create one pixel-perfect copy of your masterpiece and then make endless copies rendered in perfect imitation of the original.

A “web page” (it’s not a page at all, but whatever …) will not only appear different according to browser type and version, connection speed, video card, screen dimensions and a dozen other factors beyond the designer’s control, it is also subject to change. A snapshot assessment of whether a screenful of web content merits classification under Australia’s censorship system – a system designed for old media – is simply inadequate. Who’s up for constant re-assessment of a few billion web pages, then?

Throw in the issue of how to apply classification to material linked to and the whole thing quickly descends into farce.

An expensive, ineffective, unpopular and unrealistic farce that – if it goes ahead – will come to haunt this Government.

There was a time that I had some respect  for Sen. Conroy thinking he really was doing the right thing. I don’t believe that any more and I have lost that respect. The evidence is overwhelming that this is a bad idea. It  increasingly appears that Sen. Conroy is stupid and dangerous, just another inept politician with a use-by stamped on his forehead.