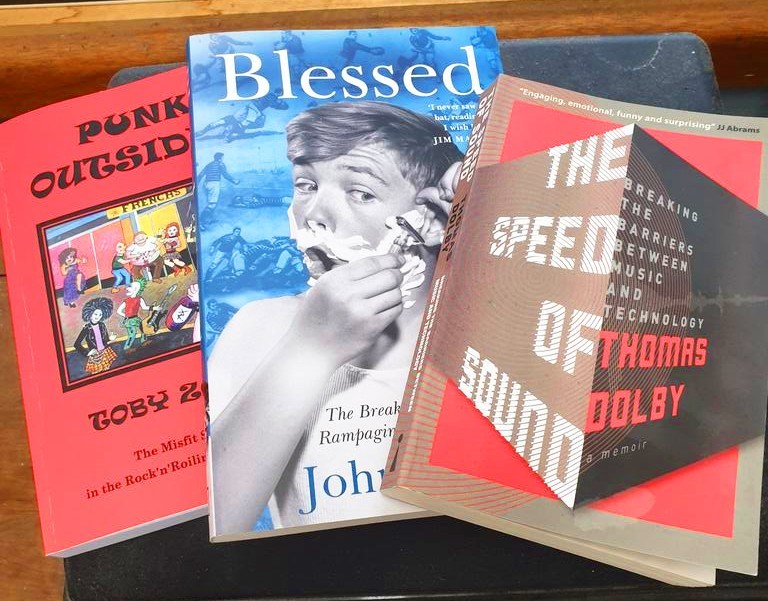 Billed as “one year in the life of the boy who would become Rampaging Roy Slaven”, I expected something witty, sly and funny but I vastly underestimated John Doyle. For those unaware, Roy Slaven is a fictional Australian sports commentator, part of a long running duo with H.G. Nelson, who manage to be simultaneously post-modern ironic and retro-nostalgic. Roy’s conceit was that he was a champion at every sport he played: rugby league, cricket, golf, snooker, racehorse training – and he was thus qualified to rant about today’s sport. This book asks, “What if that were true? How did that happen?”

It’s Roy’s account of 1967 in Lithgow, the year he turned 15, when his prodigious sporting talent was discovered. One of the characters in it is his classmate John Doyle, who in adult life Roy persuades to help him write the book. In the book, Doyle is not nearly as likable a character as Roy, whose loyalty to his single mother is total, and matched only by his natural-to-him supernatural-to-everyone-else sporting skills. Now, just consider for a minute the identity contortions John Doyle had to execute to put this together. It’s mind bending. Doyle’s preface stays in character – well, it has to. And the epilogue features real photos of Doyle and other classmates – all characters in the book.

I enjoyed this book immensely. It is in Slaven’s voice, before he got angry about sport. He’s quite naive, gullible, not too bright. And he knows that because the Catholic school brothers – and his friends, including Doyle – tell him so. Apart from the cleverness, it is beautifully written. In the process of creating an origin story for his Roy Slaven character, John Doyle has painted a loving, trenchant, nostalgic portrait of life in a country coal mining town in late 60s Australia. And it IS witty, sly and very, very funny.

There’s a video on YouTube from 1980 or thereabouts that has Toby Zoates interviewing some punters outside French’s wine bar in Sydney. It’s dark and grainy and marked by the directness of the conversation: “I haven’t met a decent cop, man, never”. This is Toby, simultaneously living and recording the life of a queer, punk outsider. Toby has the determined and unrestrained creativity of someone who can’t do anything else, his expression is what he is. The path to becoming an artistic archivist of inner city Sydney culture and politics is laid out in Toby’s first book in the 7 Lives of the Punk Poofy Cat series, Vagabond Freak (highly recommended). Punk Outsider takes us into life in the squats, the pubs, the marches, the crackdowns, the cells, the coffee shops, and the streets of inner city Sydney in the 70s and 80s.

It’s not amusing, although it’s often funny. It’s not inspiring, although it is often very moving. And it’s not nice. Mostly not nice at all. The cast of characters determined to live free and expressive lives, including our hero, suffer ridicule, contempt, and violence. Sickening violence. For someone who lived there and then, it rings resoundingly true. Toby’s greatest achievement may be that he has somehow survived it all when so many did not. I, for one, am glad he’s been able to document his times.

Punk Outsider takes us up to the sixth life of the Punk Poofy Cat. I’m looking forward to the final volume.

The Speed of Sound, by Thomas Dolby

To be fair, it’s hard to imagine another bio that’s so very much two distinct parts, each of which is right up my alley.

This man’s career is amazing, although he does a fine job of claiming that he doesn’t really know what he’s doing and he’s a bit of an arse when he’s not being a bit of a clod. He does drop a LOT of names but he manages to make it sound like it’s just a part of the job to have artistic differences with Joni Mitchell – could happen to anyone. There are a lot of industry insights, pretty much all of which point out how fucked up the global music industry was then and remains now. And he provides convincing detail.

I should also point out that Dolby is an extremely engaging and entertaining writer – I read the 300 page paperback in two sittings and I wished there was more.