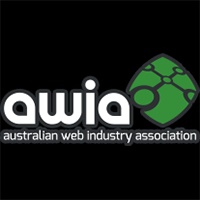 2015 has been quite a year for the Australian Web Industry Association (AWIA), one in which the success of events like the Australian Web Awards has been tempered by the relative disappointment of a highly adventurous Edge of the Web national conference.

With a strong and impassioned leadership, some revolutionary changes are afoot in AWIA and 2016 is going to mark some important steps forward. One of the more interesting developments is that AWIA is for the first time employing paid staff to carry out some of its work, freeing up the Committee members to continue planning the organisation’s ongoing growth. The very first formal AWIA position is a part-time Manager, a position which I’m extremely proud to say is going to be filled by me!

If you’re not familiar with AWIA, it’s the peak national body representing the interests of Australian web professionals. Not so much a union, AWIA is a professional association, aiming to provide information, resources and professional development opportunities to people who have made or are making their careers as web designers, developers, information architects, user experience experts, content producers, programmers, search consultants, agency owners, project managers, specialists, generalists, consultants, freelancers – pretty much anyone who makes a living on the web.

The over-riding principle is that by joining AWIA, a web worker – whether a company or an individual – is saying they are professional, skilled, ethical and committed to advancing the industry as much as their own interests.

Why is AWIA doing this?

First and foremost, AWIA needs this. The Committee has, over the years, put in an amazing amount of work to get to the point where AWIA is responsible for:

All of this takes a great deal of strategic planning and even more hands-on work. It’s not reasonable to ask the association members, and especially the Committee members, to take on all this work on a volunteer basis to the detriment of their own paid work.

Thus, AWIA has decided to invest in paid staff to undertake some of the groundwork, in the belief that this will help increase membership, enhance member participation, promote the organisation within and outside the industry and create a strong platform for AWIA to meets its members’ needs and prosper into the future.

Why am I doing this?

As someone who has worked as a trainee, an employee, a manager and a freelancer for a range of corporations, companies, web agencies, community-based organisations, government departments and myself, I understand very well what a professional association can do and why it is needed. Right now, I’m trying to support a small business that has been poorly treated by a well known Australian web design agency. It’s not as simple as saying the customer has been ripped off, but the agency in question did not do right by their customer. In our industry, the need for both individual and systemic advocacy is clear. 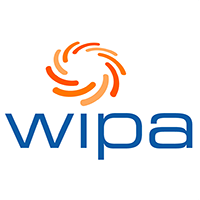 Those who know me well are probably aware that I was previously a member of the Web Industry Professionals Association, which also positioned itself as national peak for web professionals. I joined WIPA in 2008, soon became a Committee member, was elected President and by 2012 worked to merge WIPA into AWIA to create a single national body. I’ve been an AWIA Committee member since then – although I’ll have to give that up to take up the paid Manager position.

I’m also a web generalist. There’s very little in the way of web work that I haven’t undertaken since I built my first website in 1994, and especially since I hung out my virtual shingle as a web freelancer some 15 years ago. I have developed a portfolio of clients – some of whom have been with me for more than 10 years – who see me as “the web guy”. They throw everything at me and I take it on – especially if it means I have to learn something new. I have as much respect for what it takes to produce a well-crafted electronic direct marketing campaign or a search optimisation project as a standards-compliant, cross-platform compatible, accessible, responsive website.

Lately, I’ve deliberately taken on a few part-time positions with different employers to add some stability to what is otherwise the often fraught life of the freelancer. That means it is relatively easy for me to slot in a certain number of hours a week working for AWIA. If I do it right, all these jobs should cross-fertilise each other, giving me a unique perspective of the industry while working actively within it.

I also have a solid background in advocacy at several levels, and am entirely comfortable with the administrative requirements of a job like this.

I consider it a major part of my taking on this role to turn it into a full-time CEO-type role within five years. By then, I’d like to see AWIA have several paid staff who help the organisation continue to grow – both in terms of the number of members but also in the range of its activities and its overall positive effect on our industry.

By then, the Web Awards, Edge of the Web, Widelines, the Directory and Port 80 should all be so ingrained that anyone who takes up a web career in Australia will join AWIA as a matter of course and take their direct involvement with AWIA as a given, a natural part of being a web professional in Australia.

I’d like to see AWIA by then as the first port of call for media seeking analysis and comment on industry issues, a regular contributor to federal government policy development, a major provider of focused and relevant professional development opportunities and a recognised participant in global discussion of the web industry.

In some ways, I’ve been working towards this since I first let myself be co-opted onto the WIPA Committee. To be honest, I think we should already be closer to these goals than we currently are. At AWIA, we have decided it’s time that we bit the bullet and took these necessary next steps.

Look out for a raft of AWIA-related developments in coming months, including website overhauls, new and renovated resources, improved and expanded communications with members and a more dynamic and active presence. And look out for a tall, bald bloke in the vanguard, pushing you all to get behind your national association.

I’ll be the one wearing the nametag that says, “Manager, AWIA”.