The invitation came to me by email from Web Directions.

“Do you know where CSS and SVG come from, and how they end up as they are? A bunch of folks from all over the world participate in W3C working groups, to help move these (and many other Web) technologies forward.

And it so happens that two of these working groups, those responsible for CSS and SVG, are meeting in Sydney this week, and would love to connect with the Sydney Web design and development community.

So taking place tomorrow night, at Google’s HQ in Pyrmont hear a number of working group members talking about where these technologies are going, including the intriguingly named “Houdini” feature of CSS, that you’ll be hearing a lot more about in months to come.”

Tomorrow night? That’s short notice, especially when you live a couple of hours train ride away.

W3C is the abbreviation of choice for the World Wide Web Consortium, “an international community where Member organizations, a full-time staff, and the public work together to develop Web standards. Led by Web inventor Tim Berners-Lee and CEO Jeffrey Jaffe, W3C’s mission is to lead the Web to its full potential”.

Part of the “full potential” is pinned on establishing a set of specifications for how web pages are rendered by browsers. Sounds simple, except the browser vendors are essentially in competition with each other and they don’t always agree on what should be implemented, how or even when. This is why some (many) of the bells and whistles that work in one browser don’t work in another. W3C aims to develop specifications according to standards that everyone agrees on, ensuring consistency in how the web is experienced.

To do this, W3C established Working Groups to sort out what should become a standard in 40 different areas, including how Cascading Style Sheets (CSS) and Scalable Vector Graphics (SVG) are understood, implemented and rendered by browsers. Each Working Group has participants from around the world, and they meet in various global locations several times a year to work on the specifications.

I hadn’t been aware that W3C Working Groups were in the habit of holding public discussions about their work – not because they’re secretive but because their work is almost always a long way ahead of what can currently be used. It takes ages to develop a spec, and then even more ages until even some – let alone all – of the browsers acknowledge them and provide support for them. Only then can designers and developers use them in their daily work, assured that all web users will get the benefit.

In this case, having two Working Groups that focus on such closely related topics as CSS and SVG meeting in the same city was apparently too good an opportunity to pass up. They called on Web Directions, long term supporters of Web standards and the W3C, to get word out to local webheads.

The registration page called it a Web Developers Meetup (CSS, SVG, Houdini) and listed the lineup of speakers as:

The little I’d heard of Houdini made it seem very interesting, and I’d just been reading about how CSS Grid layouts would change design. It was also pretty clear that SVG was going to be important in the hunt for lighter page weights (among other things). It was certainly short notice but free entry, free food, free drinks and a peek into the Google sanctum made it pretty easy to click the Register button. 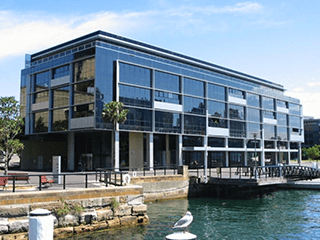 I rocked up to the Google offices in the inner city Sydney harbourside suburb of Pyrmont, a nice shiny building near the even shinier Star Casino, found the right floor, got my name tag and looked around to see who I knew.

I was early, and that gave me the opportunity to recognise some of the Working Group members, and have a quick chat with the ones I knew.

Call me a web groupie, but I find it pretty special to shake hands with Tantek Çelik, Bert Bos and Doug Schepers right here in Sydney. The room was spacious, with chairs facing two large wall-mounted screens. I don’t know how many people they expected but it wasn’t long before extra chairs were being brought in to accommodate the gathering throng.

In the end, I’d say there were over 300 people there – a great turnout at such short notice in a city where the average web meetup is lucky to get 100 attendees. The presentations were great. It really did feel special to be told about imminent developments that would affect my daily work (if not immediately – browser support being the dominant uncontrollable factor – then certainly over time) by the very people who were engaged in making them a reality.

To go into detail about what was shared would take a lot more room than I have here but I can say that while Houdini was the star of the show (it gives developers access to more points in the browser rendering pipeline than just the current DOM and CSS Object Model, including parsing, layout, painting and composition – powerful stuff, indeed), I was also pretty excited by CSS Round, which will allow designers to create round windows to display content – a step beyond the traditional rectangular display. Grid is going to be with us very soon and give us greater control over page layout, and SVG will be a game changer for how images are used on the web.

And it was good to get an overview of how all this works to not only set but constantly improve best practice. All the talks were interesting, and the Q&A that followed each raised some equally interesting points.

What I found most compelling was that this was happening at all. It is incredibly empowering for web professionals – not just designers and developers, but content strategists, information architects, UX specialists and coders of all sorts to know what is coming, and what tools will be able for us to shape web users’ experiences online.

Some colleagues are already using features that are not fully supported, on the basis that they will be supported soon and their websites will shine as the browsers start to implement them.

Yes, it’s annoying having to use browser-specific prefixes in your code AND having to create fallback options for browsers that are slow to implement newer specs. And it’s time-consuming to have to check with caniuse.com as to which browsers currently support which features. And yes, we have to keep our feet on the ground and make sure the focus stays on what works for the user, rather than what excites the developer or impresses the client.

But it’s both reassuring and exciting to have W3C Working Groups explain and demonstrate their work in shaping the future web, our workplace.

I suspect the W3C might have been pleasantly surprised at the enthusiasm for this event. I sincerely hope it inspires them to stage more of them, all over the world.