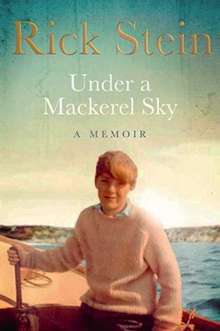 Next on the reading list is Rick Stein’s memoir Under a Mackerel Sky.

This was actually part of my 60th birthday treat back in October.

We stayed for a few days in Mollymook (about 150km further down the south coast of NSW) where the English author and TV cook has a restaurant called Bannisters.

The idea was to eat at the restaurant and ask the chef to sign the book. Well, the dinner was fantastic (and I mean extraordinarily, deliciously, fantastically fantastic!) but Mr Stein was overseas at the time.

So we left the book behind with a self-addressed envelope and the restaurant staff said they’d organise it when he returned.

The signed book arrived a few days ago (great timing, just finished the David Foster Wallace tome), which is pretty cool when you consider the bushfires and all, and – as I now know – he just had a birthday, as well.

I’m already halfway through – it’s really easy to read, very well written and explains a lot about his approach to cooking (and his love of Australia, going back to his late teens when he worked as a fettler on the Ghan).

If you like Rick Stein’s TV series or cookbooks, this is a great read – almost impossible not to hear it in your head in his somewhat toffy accent and particularly self-deprecatory turns of phrase.

It’s not without sadness, such as when talking about his father’s bipolar condition and suicide, but it’s also laugh-out-loud funny and very evocative of Britain in the middle of the 20th century. 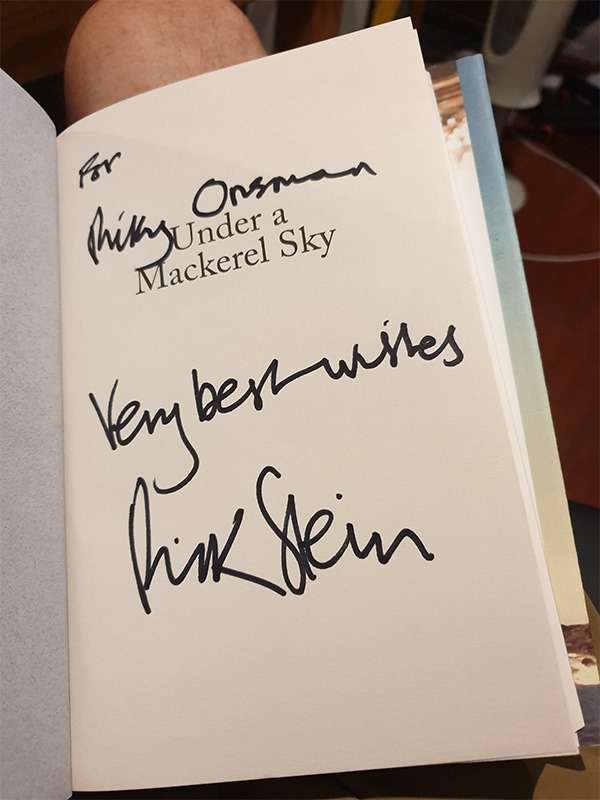