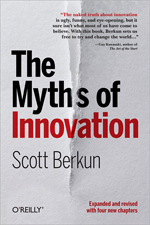 It’s been a summer where I’ve rediscovered the joys of reading – in print, I mean.

For a while there, my reading seemed to be restricted to the online variety – which is fine – but having reacquainted myself with the tactile and visual pleasures of print on paper and being presented with a range of works that have proved impossible to resist, I’ve found myself devouring books in the last couple of months at something approaching my old voracious rate.

The one that kicked it off for me was an expanded and revised paperback version of Scott Berkun’s The Myths of Innovation. I was privileged to see Berkun deliver his conference presentation of the same name at Web Directions South 2007, and I mentioned it as one of the WDS highlights that year.

Berkun is a terrific speaker: engaging, informed and very connected to his audience. Good speakers aren’t always good writers, but Berkun combines his thought-provoking and lateral views on how ideas are generated and turned into innovative products and practices – or not – with a genuine facility for written expression, to turn out a book I simply couldn’t put down. Creative writing and creative thinking is a very winning combination. 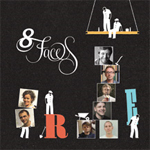 Just as I finished that book, the second edition of 8 Faces appeared in my mailbox.

This is a relatively recent venture by Elliot Jay Stocks, a UK designer I admire even more after having participated in his WDS 2009 workshop From Photoshop to the browser.

I was very fortunate to score one of the limited run of the first issue of 8 Faces, which Stocks set up as a high quality paperback magazine profiling the work and ideas of eight influential web typographers and font designers in each issue.

I wrote about the first issue back in August and I am delighted to say that the second edition is, if anything, even stronger. Selecting the professionals for inclusion is only part of the story, of course – they have to have interesting things to say. Suffice to say, this was the second book in a row I read cover to cover.

I find something very affirming about the magazine’s positioning on the nexus between web and print – it’s about the presentation of words of as a craft, a science and an art to bring visula delight and enhanced meaning. 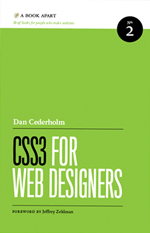 This was followed by another second-in-series, this time CSS3 for Web Designers by Dan Cederholm, the second volume in a series of “brief books for people who make websites”, published by the people behind A List Apart under their A Book Apart imprint. That those people include Jeffrey Zeldman and Jason Santamaria gives you some idea of what to expect.

I wrote about the first volume back in July, and I’m pleased (and completely unsurprised) to advise that Cederholm maintains the high standard set by Jeremy Keith‘s HTML5 for Web Designers.

Like Keith, Cederholm has the knack of communicating often complex concepts in clear language oriented toward practical implementation. Like HTML5, CSS3 will continue to evolve but there is little in this book that is likely to be superseded. If you are into using CSS3 to create cutting edge web design, this book will prove invaluable. 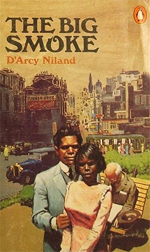 Shortly after I finished that book, my world was rocked by the death of one of my all-time favourite authors, Ruth Park. In my recent post about about Park’s importance to me, and her legacy to Australian literature, I mentioned her marriage to, and partnership with, D’Arcy Niland who died in 1967.

Niland is probably best known for The Shiralee (published in 1955 and never out of print since), the first of his six novels, and his deep affinity with Les Darcy, the Australian boxer who died in the US in 1917, the year Niland was born.

On Park’s death last month, I realised that I had never actually read the novel he wrote about Sydney called The Big Smoke despite having had it on my bookshelves for years. That this book was published in 1959 – the year of my birth – and that he dedicated it “For Ruth” was enough to make me pick it up. Once again, I couldn’t put it down. A fantastic panoply of characters whose lives intertwine to embody life in Sydney in the first half of the last century, it is unashamedly emotional and parochial and made me feel as Australian as it gets. 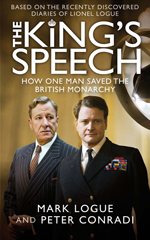 I read that novel in Newcastle, where my family enjoyed a few days as a pre-Christmas gathering with Hazel’s sister and mother. My mother-in-law gave me a copy of The King’s Speech, the book version of the story filmed with Colin Firth and Geoffrey Rush, currently screening to great acclaim.

The book, and the movie, came to be as the result of the discovery of some previously missing diaries of Lionel Logue, the speech therapist who helped King George VI of England overcome a stutter that may otherwise have seriously impeded his rule.

I haven’t seen the movie (yet), but I can thoroughly recommend the book, on several fronts. First, I have seen indications that movie is, perhaps understandably, not able to cover as much chronological detail as the book, which will fill some important gaps for admirers of the film. Second, as The Big Smoke masterfully evoked Sydney between the wars, so did this book paint a new picture for me of England over the same period. The detailed word-pictures of life inside the Royal Family, as well as on the streets and in the drawing rooms of  London, are an eye-opener, to say the least. It also paints a bigger picture of a society dealing with the changing role of the monarchy in the 20th century.

I suspect there is something in the combination of a film-maker, Lionel’s grandson Mark Logue,  and a Sunday Times journalist, Peter Conradi, bringing the lost diaries to life that accounts for the success of this book. Unlike some other book-film insatnces in my experience, I found no impediment in reading this with the images of the lead actors imprinted on my mind. It probably helps that I hold both actors in equal parts of esteem and affection (I’ve even forgiven Rush for not giving me a job when I auditioned for him at Magpie Theatre back in the early ’80s).

That’s the summer reading so far. I’ve since embarked on How to Make Gravy by Paul Kelly and have Don Walker‘s Shots and Hardboiled Web Design by Andy Clarke waiting in the wings. It could be the best summer of reading I’ve ever had.