I was listening to ABC radio this morning, where Simon Marnie was taking calls about people’s jobs when they were at school: newspaper deliveries, chemist’s assistant, golf caddie and butter stacker (!) among them.

It reminded me of the side hustle – I can’t really call it a job – that I had during the early 1970s at Claremont High School, in the suburbs north of Hobart, Tasmania.

Ted Medhurst and I were the school bookies, bookmakers who would take bets from fellow students with real money on real races.

Ted was much better qualified than I was, coming from a well known harness racing family. His father (also Ted) was a leading rider and trainer up to the 70s, and then became a successful greyhound trainer and breeder.

At the time, one of my brothers and my mother were co-owners of a racing greyhound. Son of Autumn, AKA Billy, didn’t have a long or very successful career. He ran second in one race once at long odds, on which Harry and Mamme cleaned up by pairing him with each of the other seven dogs in a quinella. I can’t remember what the quinella paid but they made a pretty penny. As I recall, Billy cut the webbing between two of his toes in a later race, which made him unfit for racing and he was retired to a trainer near Brighton. Knowing now what went on in the greyhound racing industry in those days (and still does to some extent), I shudder to think of Billy’s eventual fate. 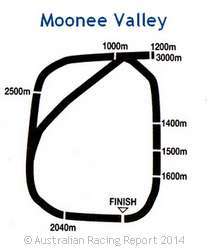 I had also for some years been in the habit of holding simulated horse races in the Claremont bedroom I shared with my brothers. I constructed accurate copies of racetracks out of matchsticks, with 10 matches representing a furlong. Australia had gone metric years earlier but we racing diehards still thought and spoke of 1200 metres as 6 furlongs. I still don’t know what a short half head is in metric. 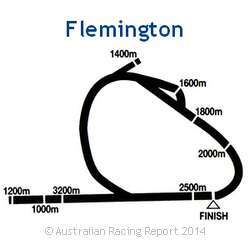 A tight track like Moonee Valley, just 1800 metres or 90 matches, fitted easily on the bedroom floor, while the 2300 metres or 115 matches of Flemington was more of a challenge, especially if I included the Straight Six. That meant an extra 40 matches hanging off the side, but that’s also where the Melbourne Cup started, so I had to include it.

I’d use Monopoly counters to represent the horses, which made it easier to tell them apart than other board game counters and I’d roll dice to move the horses the designated number of matches. My race cards were meticulous, with jockeys, weights, symbols for whether they were known mudlarks, and their form in their last five starts. I noted the conditions of the day, whether the track was heavy, and I recorded everything in writing – exercise books full of it.

I’d draw current racehorse names out of a hat to set barriers, and I’d limit them to distances they were actually likely to contest. There was a fair bit of creativity in this, such as in the leadup to the Melbourne Cup running known stayers in sprints to freshen them up for the big two-miler.

Occasionally I’d run a Race of the Century, pitting Phar Lap, Tulloch, Bernborough and the like against my favourite, the mighty Gunsynd. Amazingly, Gunsynd usually won.

In the process, I became a racing stats demon – not just my fantasy races but the real races. I became familiar with trainers, jockeys, pedigrees, handicaps, which tracks suited which horses and ultimately, I became pretty good at picking winners. If I identified a likely winner at good odds, I’d occasionally talk my father into putting a bet on, and he did pretty well out of it. He was also in a weekly tipping competition at the Cadbury’s factory where he worked and would seek my guidance.

With Ted’s family background and my obsessive data, it was obvious we’d be good bookmakers. We scrutinised the newspaper’s racing liftout on a Friday morning and set our own odds, which we’d circulate in some secrecy among our schoolmates. If someone bet on a winner, we’d pay up but if we learned anything it was that a good bookie makes more than he loses. 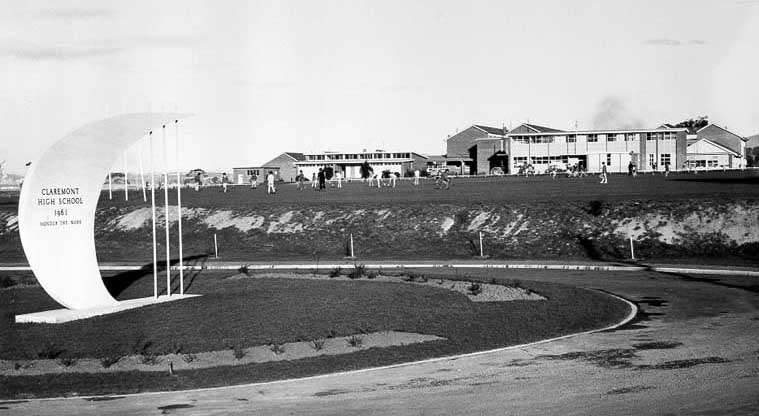 We also learned that being the school bookie tended to keep the bullies at bay. This was important at a school like Claremont High, a newish but poorly resourced school crammed with 1500 students from the nearby working class suburbs populated by a mix of Anglo and European migrant backgrounds. I was a wog, but I was a Dutch wog so I looked like an Anglo. I got beat up because I was a skinny tall kid, not for cultural reasons.

The third lesson was that it helped to have some muscle, so a couple of older bigger kids became sort-of guardians – for a fee, of course. And even then, it was wise to let some particular kids win or at least give them their money back if they lost.

I diversified into some other merchant activities, such as running a poker machine – a toy from Coles, but the dials really spun and I worked out an investment to prize money ratio that meant I always won in the long run – and selling cigarettes that I bought in packs from the nearby Claremont Hotel (I looked older than I was) and sold individually at a huge markup.

All this made Ted and me a handy income during Year 8 at Claremont High. I wouldn’t say it made us popular – no-one really likes a bookie, after all – but we had a role and a place at that chaotic school. I did get the occasional warning lecture from a teacher, but nothing was ever proven and, frankly, at a school notorious for gang fights, sexual assaults and students regularly disappearing – either expelled and sent to homes for wayward kids or moved to better schools if their parents could manage it – 10 cent gambling was not a big deal.

By Year 9 we’d grown out of it. I don’t think there was a specific trigger to closing our books, just a trend that took us – or at least me – toward rock music, football and girls. And maybe a sense that we should concentrate on school work a bit more. It was a family expectation for me that I would go to matriculation college and then university, which I did although I didn’t complete my teaching degree and ended up becoming an actor.

As for Ted Medhurst, all this reminiscing made me look him up on the web, hoping to perhaps make contact or at least see what became of him.

It turns out Ted kept up the family business, getting special dispensation to become an underage greyhound trainer at 17 years old. He’s had a hugely successful career, taking over the family business when his father passed away, introducing new methods and building a reputation as a brilliant trainer and breeder. Among a long list of awards, he has trained the Tasmanian Greyhound of Year no less than four times. I gleaned this information from an excellent biography of him published when Ted was made a member of the Tasmanian Greyhound Hall of Fame in December 2017. Apparently, he still lives at Mangalore, about 15km north of Claremont. 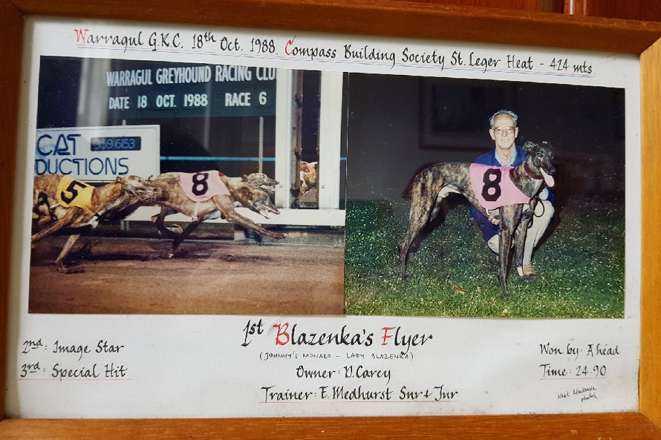 I couldn’t find him on social media, but I did find his son, also Ted. I messaged him on Facebook and Ted Jr confirmed his dad is a social media recluse but he’ll pass on my regards when they next talk.

What are the odds on that?

1 thought on “The Bookmakers of Claremont High”